Paloma.pieLdEarenA is born in early 2014 with the aim of opening a space where being able to question oneself through the language of the body as a soul landscape, allowing creators and spectators to share moments of reflection in which to be able to connect, re-know themselves and open up to new sensations and emotions.

A constant contrast between strength and fragility, hardness and harmony, appears in each of the works, in which there is a priority desire to touch, move, somehow to the viewer, make it active, share in the moment, its moment, open a door behind which illuminate realities, where each of us will become aware in its own way, filling from the skin to the heart.
Trying to generate a place to speak through the body about the soul and everything that  touch  it, in order to share thoughts and emotions, and comunicate from heart to heart with another people, she uses a corporal language between contemporary dance, dance-theatre and phisical theatre .In her repertoire: Dakini-2012 (solo), Tulipán en tierra muerta-2012 (duet), Tiana-2013 (solo), 15º al Oeste- 2014 (trio for non conventional spaces),    Iwa Pelé-2015 (multidisciplinar performance), Drei-2016 (composed for three short performances: Desert Rose, ääniä & Mintaka, created with the composer Samuel Aguilar), Träd-2017 (trio for non conventional spaces), Labranza Project-2016/2018 (developed and created by Colectivo Lamajara, it has a complete way of understanding dance through an artsistic, pedagogic and social point of view), Ephimera-2018 (solo in colaboration with the plastic artist Angharad Herrera) 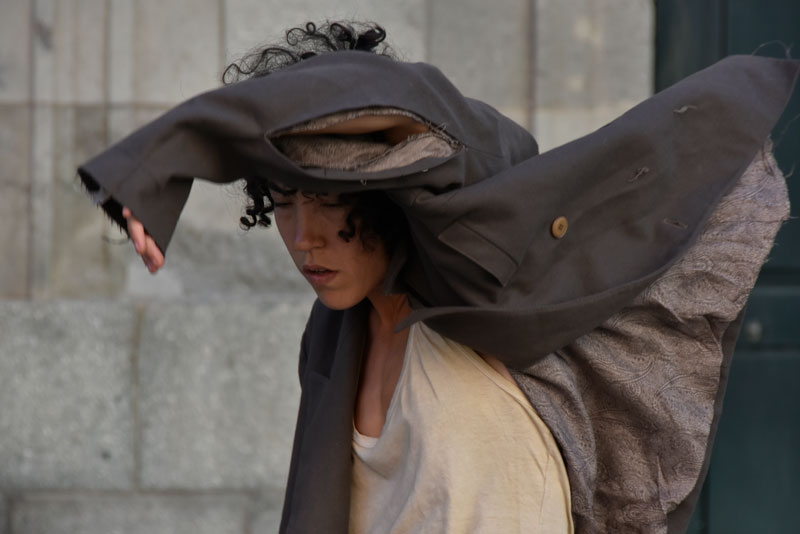